A new report published by members of the Small Business Financial Health Initiative (SBFHI) has zeroed in on some of the roadblocks that minorities and women face when they are looking to secure financing for their companies.

This report affirms the disparities in credit experience for women and minorities documented in much of the existing literature/research on this topic. In a 2012 article on Forbes.com, Timothy Bates, a distinguished professor of economics emeritus at Wayne State University and Alicia Robb, senior research fellow with the Ewing Marion Kauffman Foundation, describe how minority-owned businesses typically encountered higher borrowing costs, received smaller loans and saw their loan applications rejected more often.

This does not mean all women and minority-owned small businesses are shut out of lending, it just means that those who do secure financing are more likely to be financially healthy. One example from the study is an aesthetician from Illinois who said: “I have a line of credit with (National Bank) and a business credit card with (National Bank). Vendors offer a line of credit. I’ve been in a financial crisis in the past, learned from it [and] I never want it to happen again.”

In general, financially healthy companies had owners with good personal credit score, plenty of unused credit on business credit cards, and a track record with some external financing, whether with a traditional bank loan or funds from another source like a Community Development Financial Institution (CDFI).

Another critical issue facing women and minority small business owners in the mainstream credit marketplace is discrimination. In June, The Washington Post cited new academic research revealing that minority entrepreneurs were treated worse than their white counterparts when seeking financing for a small business, even when all other variables were identical.

Women may soon get some relief thanks to a new bill introduced by U.S. Sen. Maria Cantwell, (D-Wash), chairwoman of the Senate Committee on Small Business and Entrepreneurship. She and several other senators want to provide female entrepreneurs with better and more equal treatment in starting and growing a business. While women own 10.6 million businesses in the United States, they still find it harder to secure business loans than men do, according to Small Business Trends. In fact, a Senate report found that only $1 out of every $23 lent to small businesses goes to a woman-owned business.

While such efforts by Sen. Cantwell and others won’t solve all the problems facing women and minority-owned businesses, they will at least spark a conversation about the unique credit access challenges women and minority small business owners face.

It is important to note that regardless of financial health status or ownership profile, many respondents lacked growth capital. The report suggests that further study is needed to discover ways to increase the affordability and availability of growth capital products. 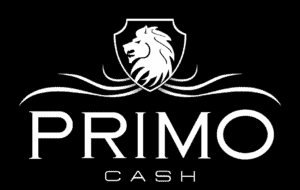